In March of 2002 the Appleton Police Honor Guard was formed as a permanent unit. Prior to this date officers who had prior military service were asked to participate in special events. With the official formation of the unit, however, specialized training in handling rifles, flag details, and a variety of marching styles took place. Members of the unit were sent to training sponsored by the Washington DC Honor Guard.

Since then the Honor Guard has hosted training for APD officers as well as surrounding communities. Forming partnerships with FVMPD, the Town of Menasha, and the Town of Grand Chute have been important steps to provide appropriate reverence at ceremonies throughout the State.

In addition, the Honor Guard provides opening ceremony services to a variety of organizations through a partnership with the Paper Valley Hotel. By presenting colors and playing bagpipes the Honor Guard helps set a positive tone for these conferences.

The Honor Guard represents the Appleton Police Department at Police Officer funerals throughout the State. When an on-duty death occurs, officers from the Honor Guard respond to that community to provide support in whatever capacity is needed. Honor Guard members have been tasked with flag details, seating assistance, and casket watch. In addition, the Honor Guard provides honors to all fallen Wisconsin officers during Police Week at the State Capitol. 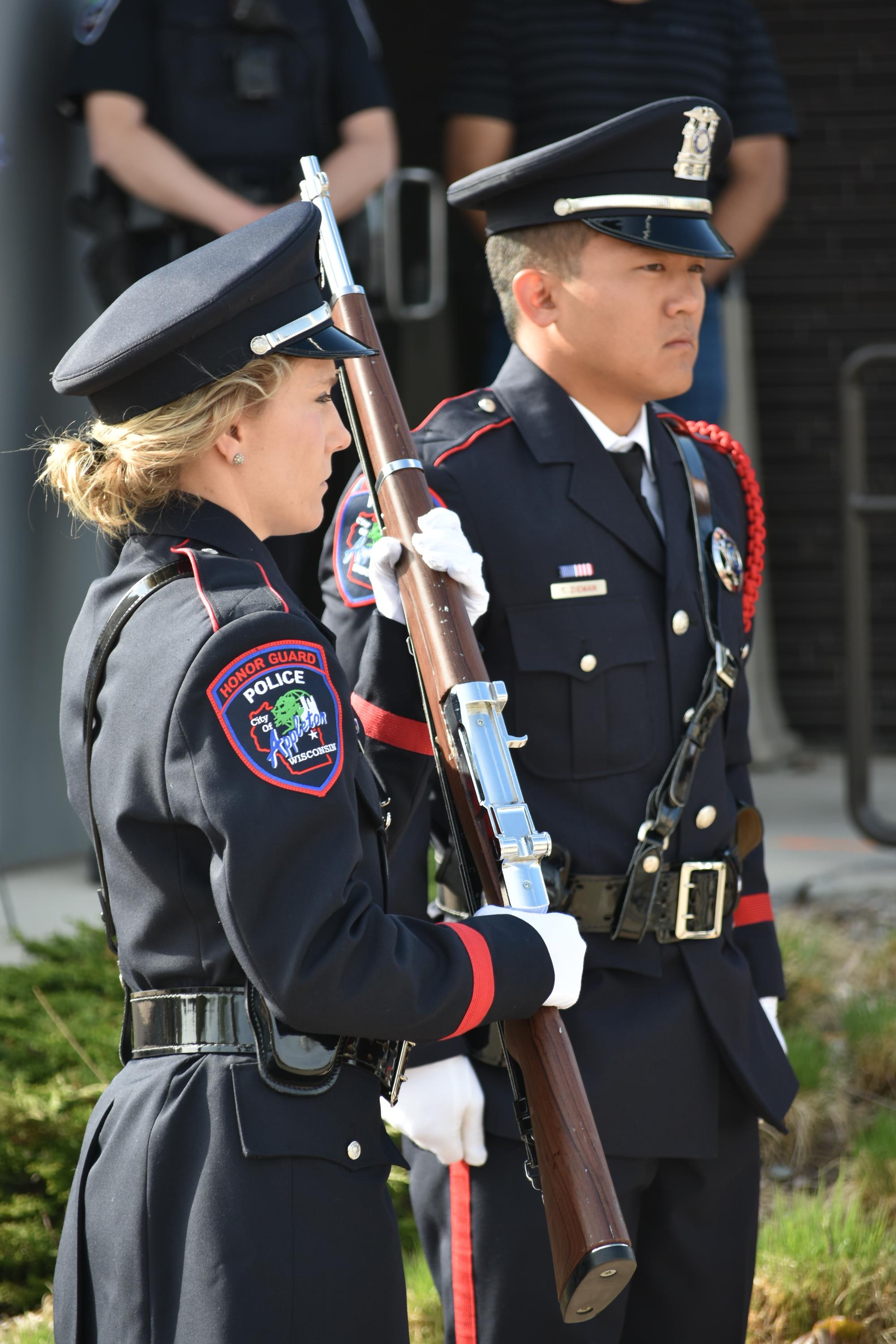 Current members of the APD Honor Guard are: 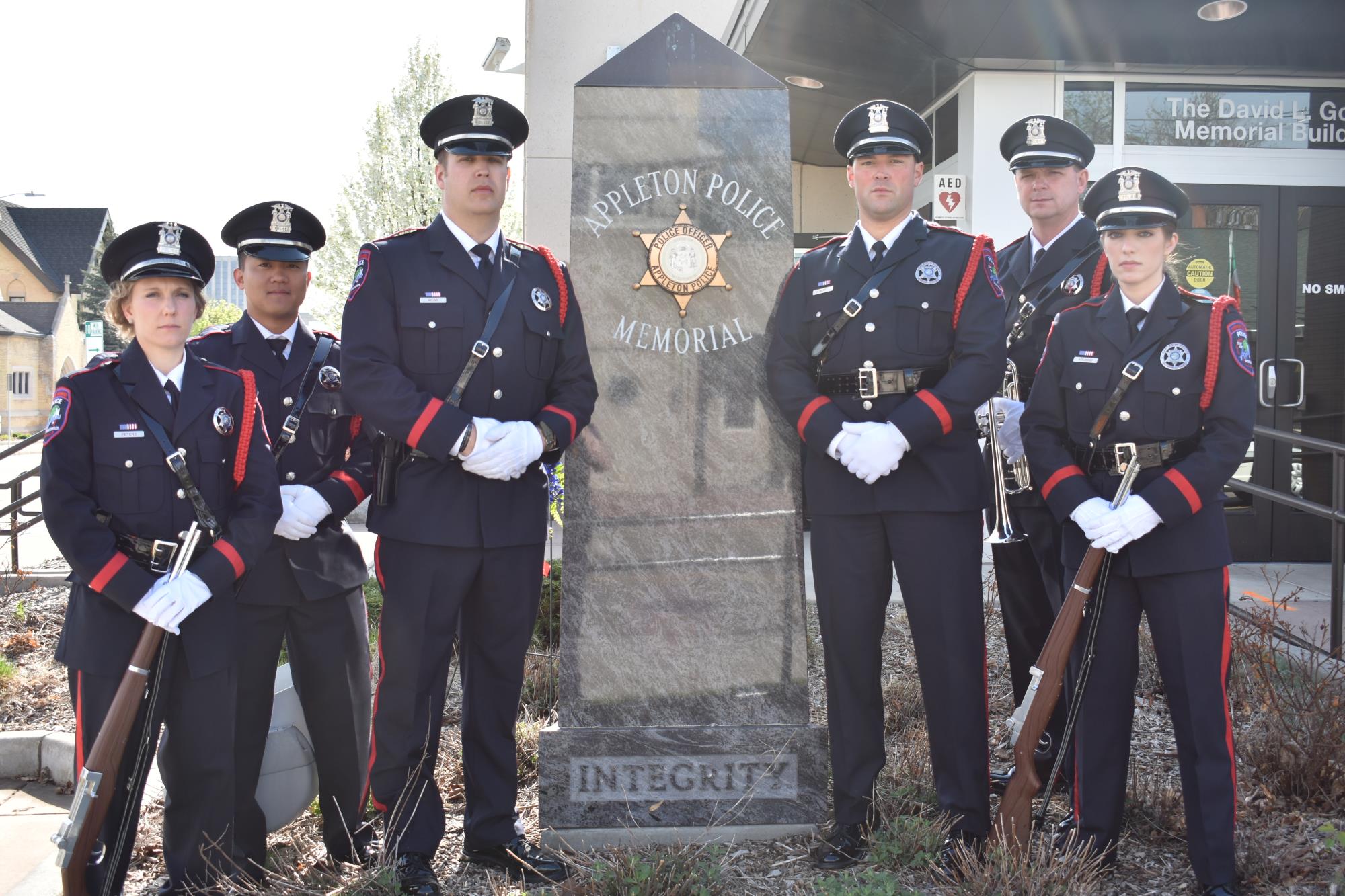