History of the Appleton Police Department

Appleton, Wisconsin was incorporated into a Village in April 1853 and later to a City in April 1857. Law enforcement in the early days consisted of a Village Marshal (and then in 1857 a City Marshal). The marshals were elected each year.

The first Village Marshal was Daniel Huntley – a schoolteacher. He served for one year. Mr. Huntley was again elected as the first City Marshal and again served one year.

The village had neither a police department nor jail of its own, borrowing a neighboring lock-up when a rare occasion demanded. After the first Outagamie County jail was built in April of 1854, the story goes that Appleton's first paddy wagon was a wheelbarrow, used mostly to trundle drunks off to jail. 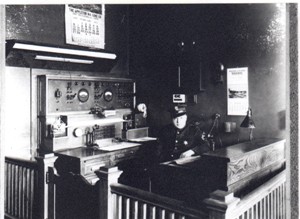 Records show that the city was reluctant to organize a police department. At the insistence of the county board, the 1869 council voted in January of that year to establish a permanent police department. The decision provided for one marshal and "such policemen as thereafter should be needed." As the city grew, so did the need for more police officers.

In January 1869, the City passed an ordinance that established a permanent police department for the City. The first police officer was George Weber. Officers were appointed each April, for a one-year term. Officers worked 12-hour shifts, from 6 p.m. to 6 a.m., seven days a week and were paid $2 for each day worked. The City had one officer on duty until 1877, when a second officer was appointed. This additional officer was paid $1.75 per day.

In September 1870, the first police station was in the 100-block of North Oneida Street. It was a 2-story building.

By 1884, the department had three patrolmen besides the marshal, and by 1895, the force had grown to eight men. Six of these officers walked night beats throughout the city, and the marshal and one other officer were on daytime duty.

Up until 1890, the city paid a small monthly allowance to its lawmen, which in 1869 was $2.00 per night; businessmen made up the difference on the theory that they had more to lose. By the turn of the century, the police department had a real police patrol wagon and were paid $55.00 per month. The first patrol wagon was drawn by one horse, but in 1908 it was a two horse wagon manned by two policemen.

In 1898, the new Police & Fire Commission took over testing and making appointment to the Department and from that time on the appointments were permanent.

When the department got a patrol wagon, it and the horses were kept at the No. 1 fire house. The patrol driver also lived at the fire house and was on duty 24 hours a day, 7 days a week, with (2) 1/2-days off a week.

The first two captains were appointed on the Department in January 1902. Their names were W. Baker and M. Garvey. September 1911 became the time for the first motorcycle officer.

In 1891, the local newspaper had articles of how the officers had to use a wheelbarrow to convey drunks to jail and the need for a patrol wagon. The City bought the first patrol wagon and team of horses in September 1900. Sylvester “Vet” Walsh was appointed the first Patrol Driver, who was on duty 24 hours a day, with two ½-days off per week.

In 1897, the City appointed a Police & Fire Commission (PFC), who set up rules for hiring police officers. Requirements set forth by the PFC were:

All members of the Department passed the criteria, except Ed Finnegan, who as 65 years old. Ed was then appointed Director of the Poor Farm.

In September 1911, the Department acquired its first motorcycle and then August 1914 the first motor patrol vehicle—a 50-horsepower Cadillac—was acquired. Police Officer Deltgen built a motor sleigh (snowmobile) for use by the Police Department on winter streets, in November 1916.

In January 1914, the second police station was at 816 Midway, which was 1/2-block north of College Avenue, between Oneida and Appleton streets.

When the fire department was motorized in 1915, its horse stables were remodeled and became the police station which was located at 808 Edwards St, this later became known as Washington St.

From the beginning, all officers and marshals wore a 6-point star, however in October 1915 the star was replaced with a shield or badge, only to be returned to the 6-point star in December 1926. 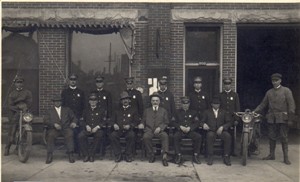 In April 1922, Mildred Hl. Gardner was appointed as the first female police officer on the force.

In May 1950, the Appleton Police Department moved into its own building on the southwest corner of Morrison and Washington Streets.

At this time the police force numbered 38 men, had three squad cars and six motorcycles. In 1960, the station was enlarged considerably; the force had increased to 66 men, 18 crossing guards, seven squads, and 11 motorcycles.

When a Milwaukee-based department store (Gimbels) decided to locate in Appleton in March 1969, the police department moved to a "temporary" location on the corner of Appleton and Franklin Streets. They remained there until January 8, 1976 when they moved to their current location.

The list of marshals and police chiefs is long with the earliest changing frequently since they were elected officials. The city council did not recognize its department head as a police chief for many years. Only after 17 marshals with a total of 76 years of service (1853-1929), Marshal George T. Prim, who assumed his duties on 1917 with a police force of 16 men, became Police Chief Prim by city council decree. Chief Prim served for 24 consecutive years until 1941 and only one other person , Fred Hoefer served longer with 27 years as marshal.

Appleton police officers first wore a shoulder patch in December 1961. It was a diamond shaped black and gold patch worn on the left sleeve of the officer's uniform. The current star-shaped badge was adopted in the summer of 1963. The department changed to its second patch in February 1966. The current patch has been worn since May 13, 1996.

Today, the Appleton Police Department employs the finest, expects their best, and serves our community in the pursuit of the highest quality of life. We promote leadership throughout, and deliver excellence in innovative policing at the neighborhood level. 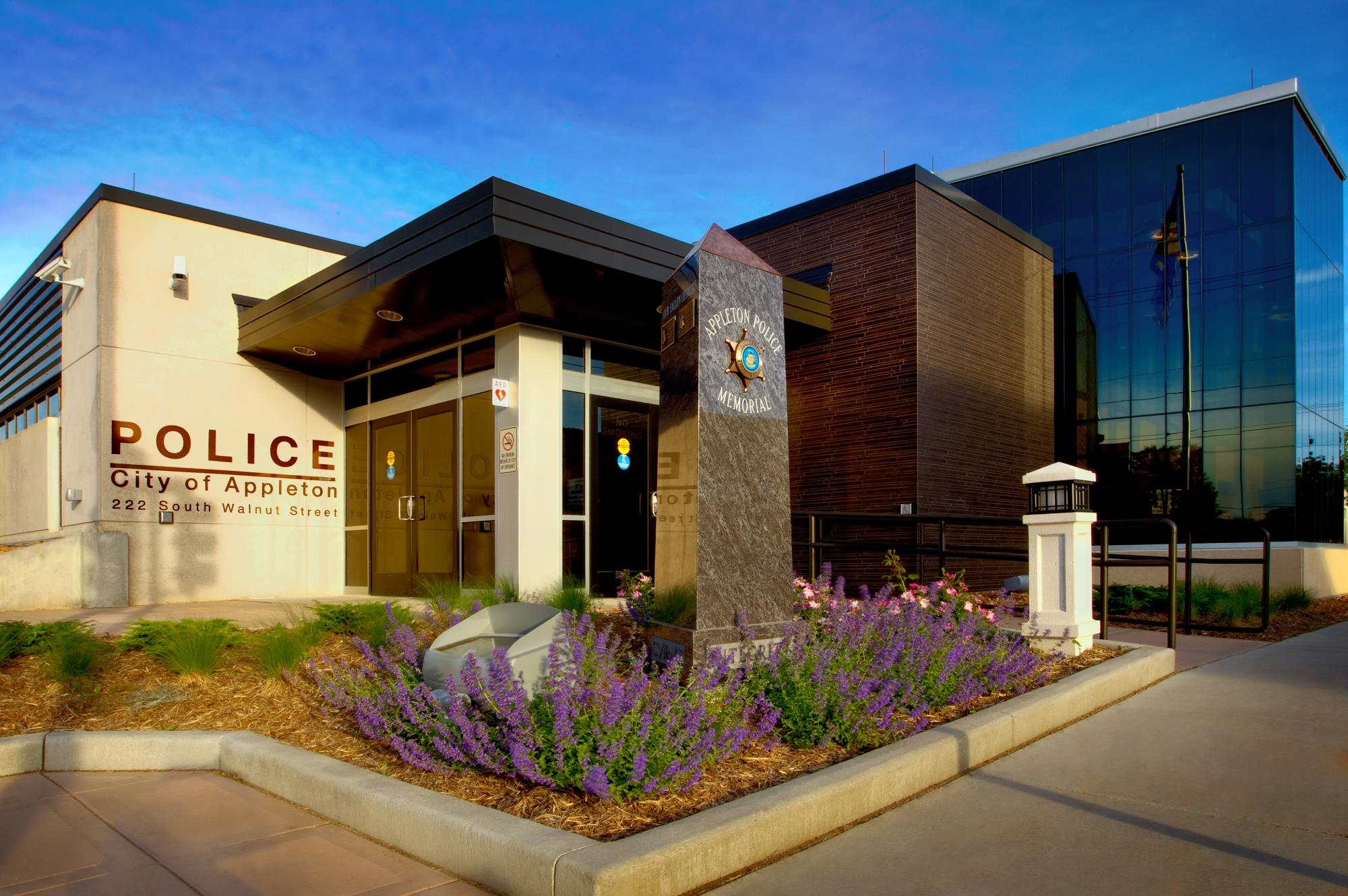 Staffing levels in October, 2015 include the following positions: