Monday Mayor Tim Hanna announced he will not seek re-election in April 2020 for a 7th term. Mayor Hanna has been mayor since 1996 and is the longest tenured mayor in the City's history. He will complete his term which runs through next April. At a news conference he spoke about his love for Appleton, the progress the City as a whole has made in his 23 years as mayor as well as his appreciate for the staff and people that make Appleton great.

He also shared the following statement:

“For years, Appleton has shown by example, how much can be accomplished through visioning, strategic planning and most importantly, collaboration. Since I first took office in 1996, I have focused on setting the direction for the city and then building momentum in that direction to shift the culture of our community. Serving as mayor has always been about the people in this community, not the boundaries in which they live. 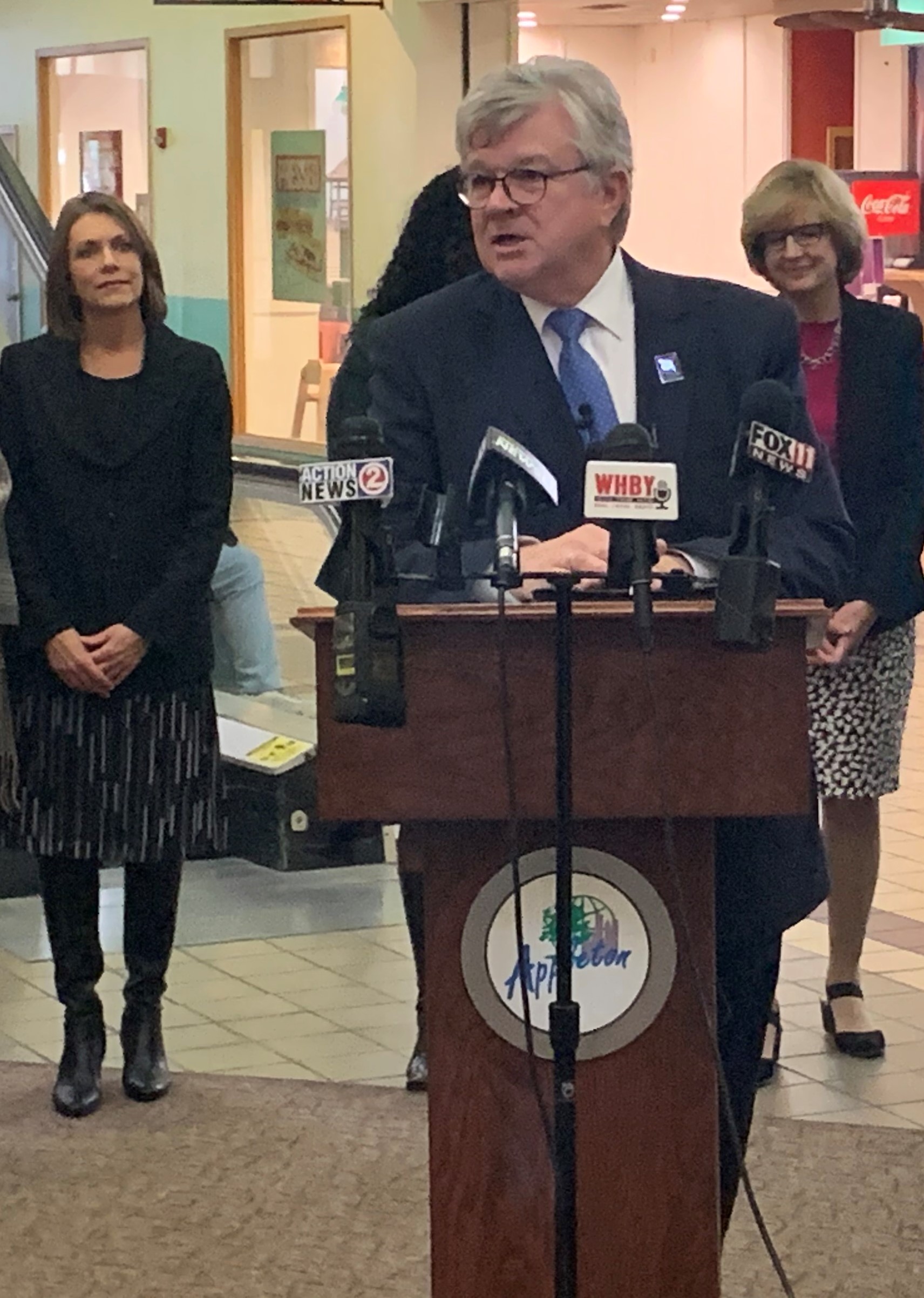 I have decided the time is right to make this my last term as mayor of Appleton. This wasn’t an easy decision to make. This city and its people are my home. I was born here, went to school here, raised my family here and will continue to call Appleton home.

As I have been for the last 23 years, I remain steadfast in the city’s work at hand and am committed to working until the very last minute of my last day in office on April 21, 2020. This is a bittersweet decision as I am so proud of the strides we have made as a community, together. However, the time is right for myself and for my family to pursue a new chapter.

I was first elected Mayor of Appleton in 1996 and it has been such a blessing to serve Wisconsin’s 6th-largest city with a population of 75,000. Our city has the distinction of straddling three separate counties and boasts multiple school districts. While the confusion of borders sometimes put me at the center of debates over local government collaboration, I’ve found that the solution is always the same: pay attention to the citizens, not the boundaries.

There are a lot of things that I am proud of as mayor, but not for what you might think. It would be really easy to point out the accomplishments that everyone can see, but I am most proud of what you don’t see, and that’s the culture; the culture inside of city hall and within the community. I believe in our team because they’re not only good at what they do and how they do it, but they understand why it’s important and why they come to work each day.

My goal over the next six months is to work hard so the next mayor can capitalize on all the momentum we have created. Thank you for trusting me and allowing me to lead the community for the past 23 years. It is an honor to serve the people as mayor of Appleton.”

Appleton Communications Coordinator Chad Doran can be reached at (920) 832-5814 or chad.doran@appleton.org.